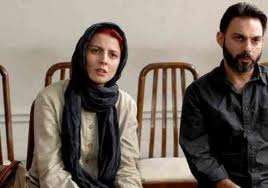 Predition: Midnight in Paris, Woody Allen. this is his 17th nomination in writing. when he loses out for best picture this will be the award he makes up for it.

My Pick: A Separation, Asghar Farhadi. for anyone who has read my top ten movies of 2011 list, they already knew my pick for this award. i really loved midnight in paris and adored the script, but a separation was a powerful film driving by the character and their stories. the dialogue was able to create incredible and complicated tension out of straightforward plot developments. farhadi wasted no words and made no attempt to subject the audience to any emotional manipulation. instead, farhadi portrayed realism and in doing so, provided multiple layers to each character so that we felt empathy for everyone in a movie that ultimately has no winners.

Prediction: The Descendants, Alexander Payne, Nat Faxon, Jim Rash. this is also my pick for the award and to me the clear choice in this field having seen all of the films. hugo was a great story but mediocre script. moneyball was a sharp script but fell flat at times. the ides of march should have been an hbo movie at best. i couldn't follow tinker tailor. the descendants was witty, funny and gave nuanced depth to george clooney allowing him to give his career best performance. also, as an added bonus, jim rash plays dean pelton on my #4 ranked show of 2011 (community). perhaps i'm not completely biased here.