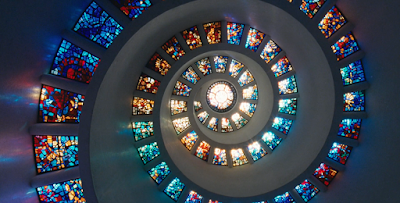 i am grouping these two categories together because, for me, they are inseparable. directing is many things, but one of the most important jobs for a director is to set the tone of the film. another is to frame the pictures. movies are simply a series of photographs edited together. it is often the role of the cinematographer to handle the camerawork and set the lighting for the shots which directly affects the tone for the entire film.

directors often work with the same cinematographers. the coen brothers have used roger deakins for all of their films to great success. steven spielberg uses janusz kaminski.

the academy also has a propensity to give the best director award to the director of the best picture and that oftentimes makes sense because directors usually are the main driving force behind a truly great piece of film (though this is not always the case).

i use this all as the basis for my support for both terrence malick and emmanuel lubezki to win the oscars for best directing and best cinematography, respectively for 'the tree of life'.

Prediction: The Artist, Michel Hazanavicius. he is certainly the odd man out in a rather strong group of directors. scorsese and allen are heavyweights. payne is an indie darling. malick is the reclusive genius. hazanavicius, though, just happened to direct the clear front runner for best picture this year. just like tom hooper won, surprisingly and undeservedly, for 'the king's speech' last year, so will hazanavicius this year.

to be clear, martin scorsese is my all-time favorite director and though i am fan of hugo (currently sitting as my 7th best film of 2011), terrence malick's vision is unsurpassed. he has made 5 films since the 1970's and they can all be considered masterpieces. and when his career is over, the tree of life will stand as his most personal and ambitious film.

Prediction: The Tree of Life, Emmanuel Lubezki. this is also my pick for this award. as stated above, great cinematography usually accompanies a great director and this film is no different. even those who didn't enjoy the film can't deny the unmatched beauty of the film. with stunning visual effects as well, the tree of life is a vibrant display of the sublime beauty we find in the cosmos and all around us.

previously, lubezki was the cinematographer on 'children of men' and malick's 'the new world' which were both nominated for an oscar for best cinematography and were both incredible films on many top ten lists of the 2000's (not mine, however, though children of men came very close).