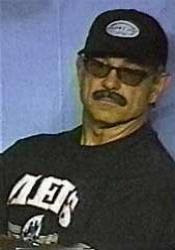 the red sox just suffered one of the worst late-season collapses in baseball history. They had a 9-game lead on september 24th with 24 games to go and were eliminated from the playoff race on the last day of the season.

after the season, things went into a tailspin with rumblings of a fractured clubhouse. ownership fired terry francona, their beloved manager and then essentially traded gm theo epstein to the chicago cubs, replacing him with longtime assistant ben cherington.

the sox went on a search for a new manager at the same time and rumors were that their first choice was john farrell. he is the current manager of the toronto blue jays and was the red sox pitching coach from 2007-2010. the blue jays would not let him go to the red sox, a division rival.

instead, the red sox have now turned to bobby valentine, former manager of the texas rangers and my beloved new york mets (who he guided to the 2000 nl pennant). he hasn't managed in the majors since 2002 (though he managed quite successfully in japan).

like most mets fans, i'm a huge bobby v fan as he has an outspoken personality and is a fiery leader. but i'm not so sure he's a good fit for the red sox at this time. francona was a player's manager and by the end it seemed as though the players had taken advantage of that. so it would seem as though they were in need of a stronger personality, but bobby is much that and more. he can be antagonistic at times and is never afraid to be himself (see above where he got thrown out of a game then came back into the dugout dressed in a disguise), which may not play well with boston's high profile players and intense media.

the red sox have a little bit of rehabilitation to do next season and maybe this is the first step in that direction, maybe not. but either way, all eyes are going to be on boston and this will surely be a fun ride.
Posted by richmin3000 at Wednesday, November 30, 2011